To get Web access to the I-MATH intranet webserver it is possible to set up a SOCKS SSH proxy channel. This setting is not persistent, start it when you need it.

The proxy configuration can be done:

To use the I-MATH internal DNS Server (necessary to get access to hostnames that are only known inside of I-MATH), use the SOCKS5 protocol incl. DNS forward.

For Google Chrome or Opera, open a second terminal and type the following command. 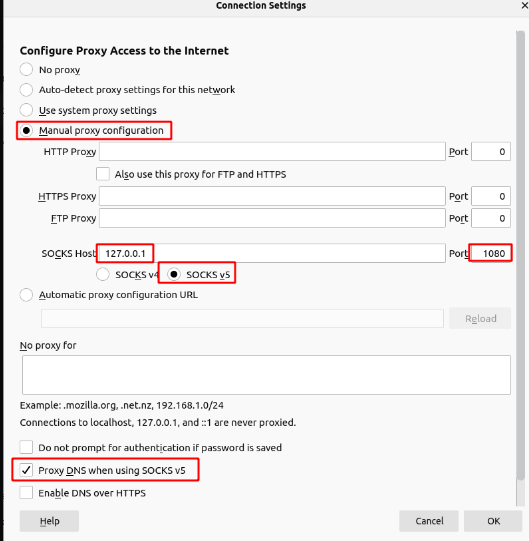